Just got back from Alexandria, VA from shooting Claire Ensslin's short film titled "Pedestrian" for the past few days. Claire pulled together a great script, and I was lucky enough to work with a great crew: Mike Mastroserio as gaffer, Key Grip Ricky Bizenza, 1st AC Mary Neary, 2nd AC Javier De Pablo, loader Damian and Alex as swing. We were even lucky enough to have Yoshi Tang come on to operate steadicam for the last day!

When Claire and I had sat down to go over the script she had written, Inspired by "The Fury"
By Robert M. Coates, it became clear that this was no light comedy. We follow our main character through a dark journey on his quest to reach his goal of finding a little girl - alone. It only seemed appropriate to visually express this world with contrast - using light just as much as dark. We found ourselves having a reoccurring theme of shooting through doorways, having the doorway and doorknob in silhouette, giving a voyeuristic feel to certain scenes, as if we are there ourselves. 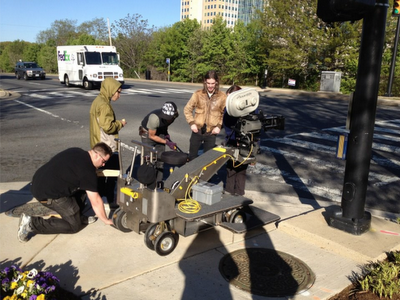 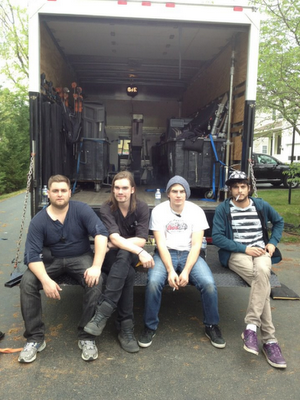 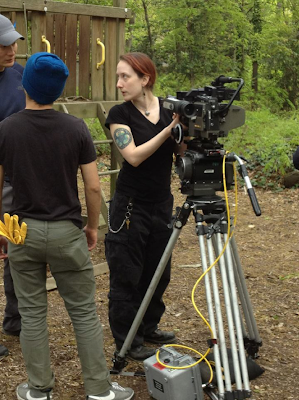 Have loads more of photos... that I don't have yet. Will post them as soon as I get them!
Posted by Patrick McDevitt at 11:36 PM No comments: