A day with The Clash and Fred Armisen

If you've ever heard the songs by the name of "London Calling" or "Rock the Casbah," you are listening to one of the most legendary punk bands since the genre's inception. As of yesterday, I had the utmost pleasure in meeting and working with Mick Jones and Paul Simonon, the last two standing members of "The Clash." 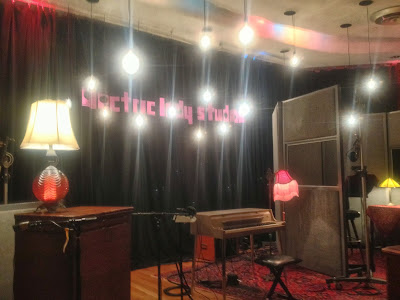 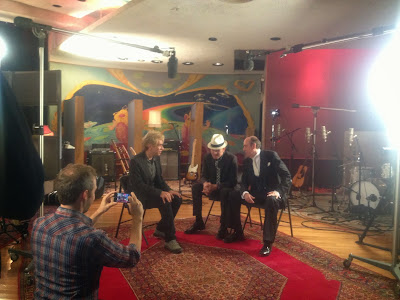 Having grown up listening to rock & roll and punk, this shoot hit close to home. The location we shot at was at a recording studio in Greenwhich Village, originally built by Jimi Hendrix, known as "Electric Lady Studio's." This is a studio I have wanted to visit for years, and having the opportunity the experience the studio in person was breathtaking. The long standing history of this establishment dates back to 1970 and has had some of the world's most well-known artists such as John Lennon, Bob Dylan, AC/DC, The Rolling Stones and David Bowie record here. The studio was designed by John Storyk, and was built in a way to inspire Jimi Hendrix's creativity with round windows, curvy architecture, and incredible psychedelic space-themed painting by the talented Lance Jost. 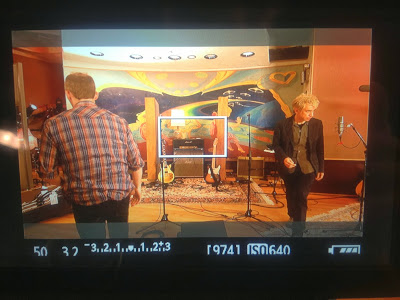 When Hendrix and his manager Michael Jeffrey jointly invested roughly a million dollars in turning "The Village Barn" nightclub into a professional recording studio, they had no idea what was in store for them. Shortly after demolition commenced, it was found that the site sat on the tributary of an underground river, Minetta Creek. To continue construction, sump pumps had to be installed then soundproofed, costing them an additional million and forcing them to take out a loan from Warner Brothers. After recording in his studio for four weeks during the final phases of construction, Hendrix set off on tour in an effort to pay back his loan. After boarding a plane to London and playing the Isle of Wight Festival, Jimi Hendrix died less than three weeks later.

This Funny or Die script, directed by Oz Rodrigues and Matt Villines had Fred Armisen portray a fictional punk rock character by the name of "Ian Rubbish." Ian had his band "Ian Rubbish and the Bizzaros" sort of play a few shows with The Clash back in the day, and was pretty good friends with them - or at least thought he was pretty good friends with them. They also shared some musical ideas with each other, although Ian and the Bizzaros mainly copied everything The Clash did. Actually, no ones sure if the The Clash have even heard of this "Ian Rubbish" character.. 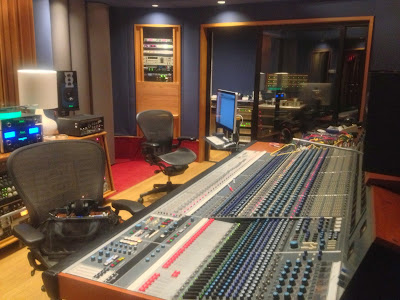 Being that Fred Armisen is a huge Clash fan, seeing them perform songs together for this script was an incredible experience. Everyone got along so well, telling jokes and laughing the whole time. It was apparent that everyone involved in the making of this video really enjoyed themselves, and generally had the utmost respect for such a legendary band.
Posted by Patrick McDevitt at 12:49 PM