In the four years of us attending SVA in Manhattan, Director Brendan Steere and I had always talked about working on a project together, but never seemed to have calendars that lined up. We finally got that chance on Brendan's new short, "Rules." 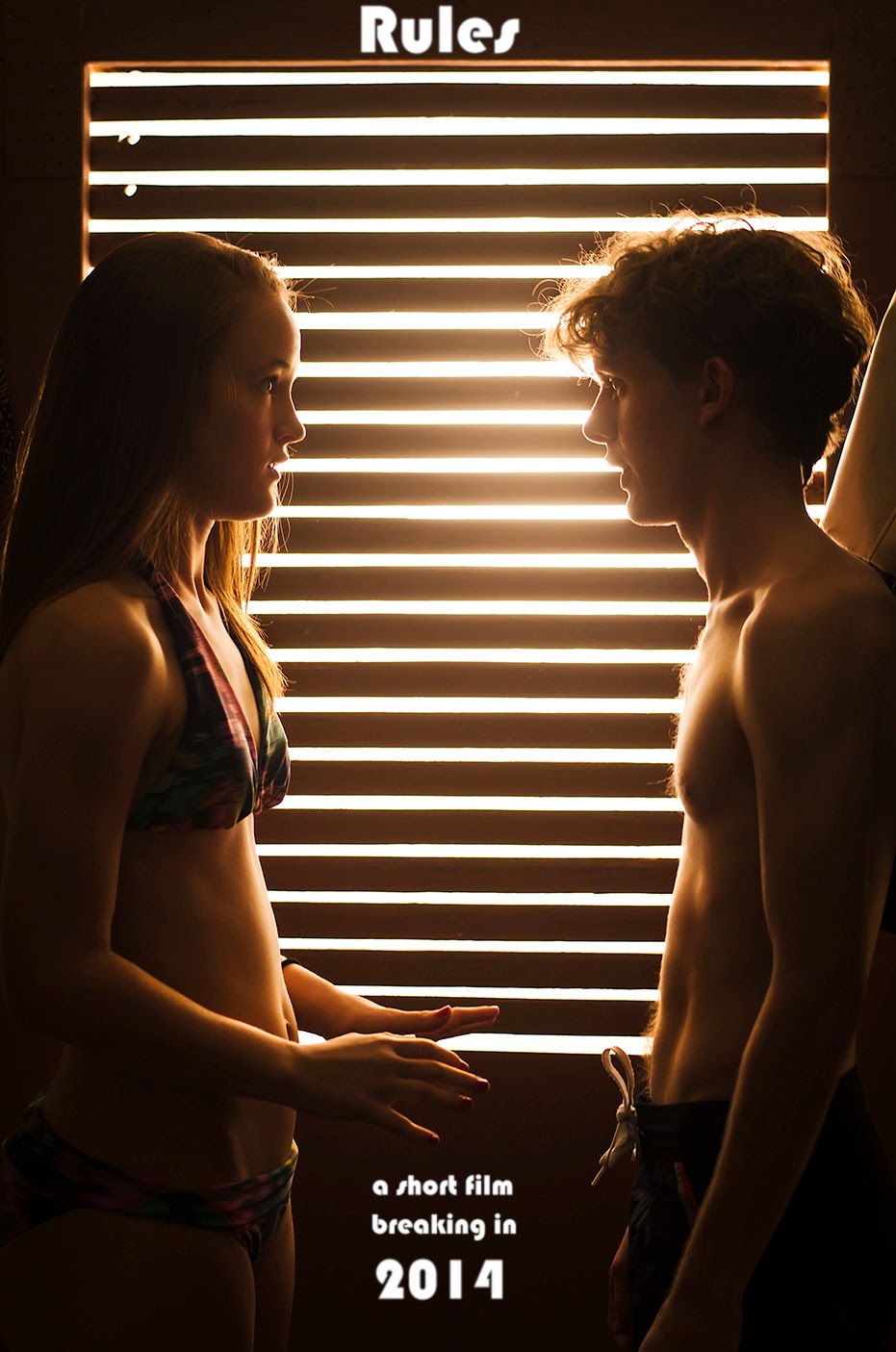 My first impression of Brendan's work was when I heard he had his film "VelociPastor" aired on G4's Attack of the Show, and was blogged about by The Huffington Post. Since then, Brendan has gone on to direct his first feature, Animosity, which won Best Horror Feature and Best Actress at Buffalo Screams International Film Festival. It was also nominated for Best Screenplay and Best Director.

Brendan would always have new ideas for films in his head that he might drop hints of getting together, and finally, we were both able to get together to make this one happen. 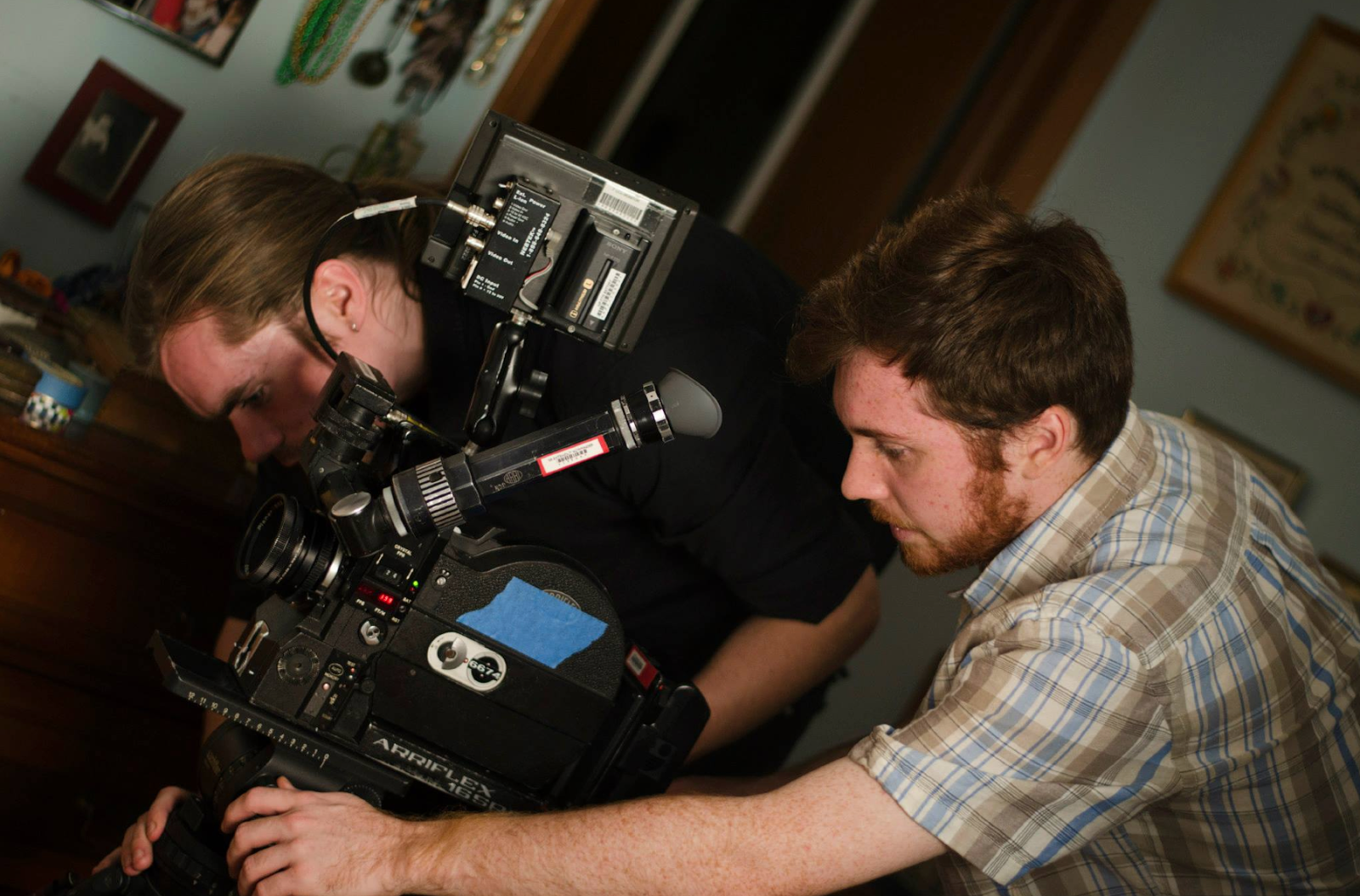 "Rules" was shot on the SR3 with the Zeiss Distagons. We had a great crew to make this film possible: 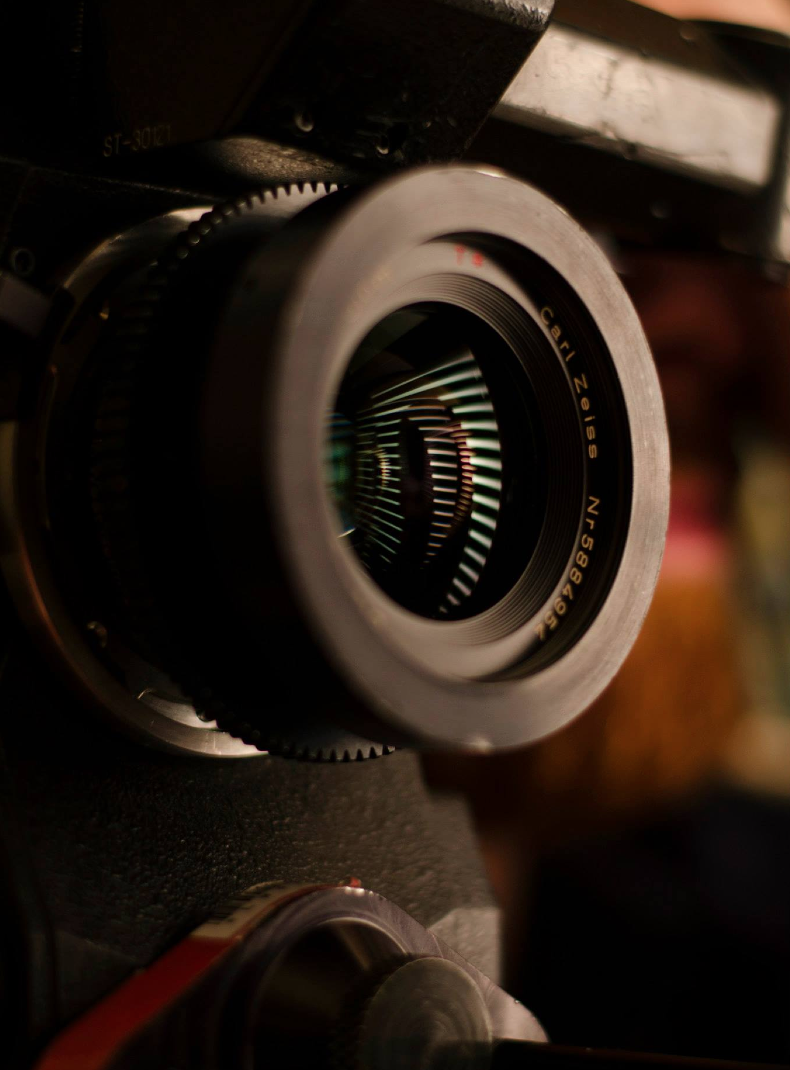 Brendan shot me the script when I was shooting for LA Fashion Magazine down in Cancun, Mexico. Our shooting schedule was a little hectic at the time, so I told myself I would read it later when things settled down, but I thought I'd just check how many pages the script was... to find that it was only three.

I read the script on the spot and loved it. Straight forward and to the point. The film opens just before a "big moment," and ends just after. Strangely enough, this is the reason why I like Hemingway as an author, and Brendan had later told me Hemingway was one of his inspirations.

Having a script as short as this one gave us quite a bit of breathing room. It actually gave us so much breathing room that stress for time was almost non-existent.  Brendan and I actually found ourselves worrying about not worrying about anything.. if that makes any sense.  Overall, we were working with a two day schedule in Brendan's hometown of Brodheadsville, Pennsylvania.

The film is a memory of a boy, who at one time in his young life, kissed his cousin in a closet.

"It feels like a small event that really has no major influence on someone's life, but would stick in their mind forever. Maybe it was thrilling and a huge deal at the time, but when our main character is 35, the most it'll be is "Oh weird, I kissed Emily that one time." That's really interesting to me. This also ties into the idea of it being so short, as when I have memories like this, it's really just a flash of sensation, like what happens in the kissing montage. I get hit by the wave of a memory and then it's over as quickly as it came. So you remember it just as this random event, without much context, because you know the larger context, but probably forget what you ate that morning or where you had to go to after that, etc. It's an isolated story, stranded somewhere in the ürtext of your life." 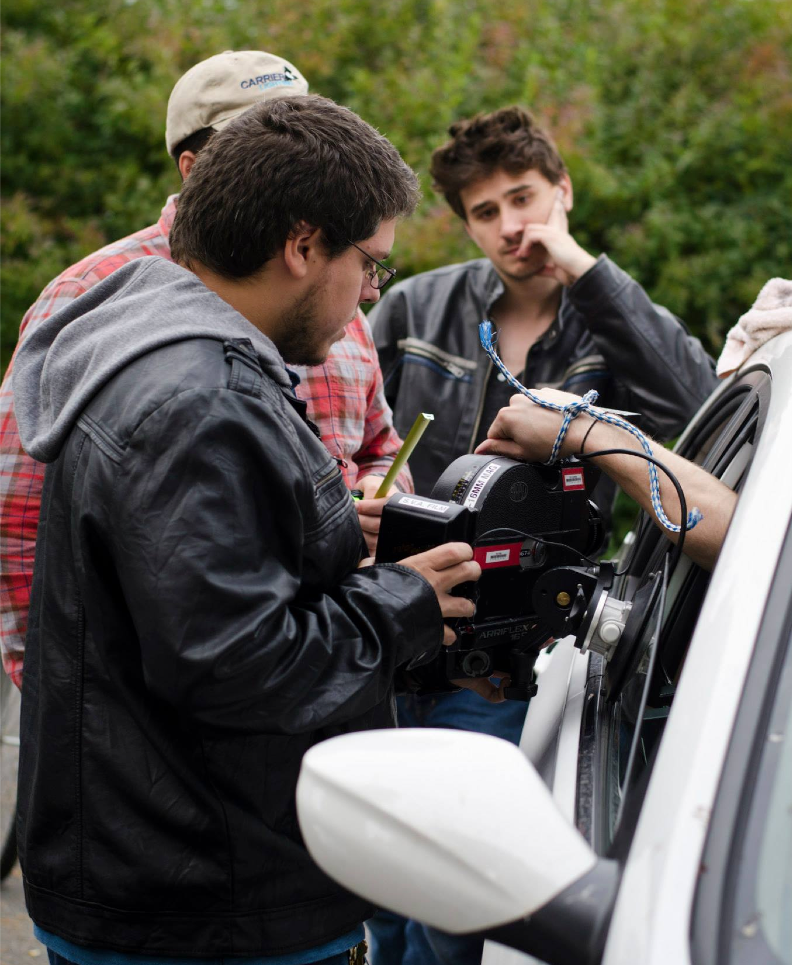 Suction cup mount to a car window in Brodheadsville, Pennsylvania 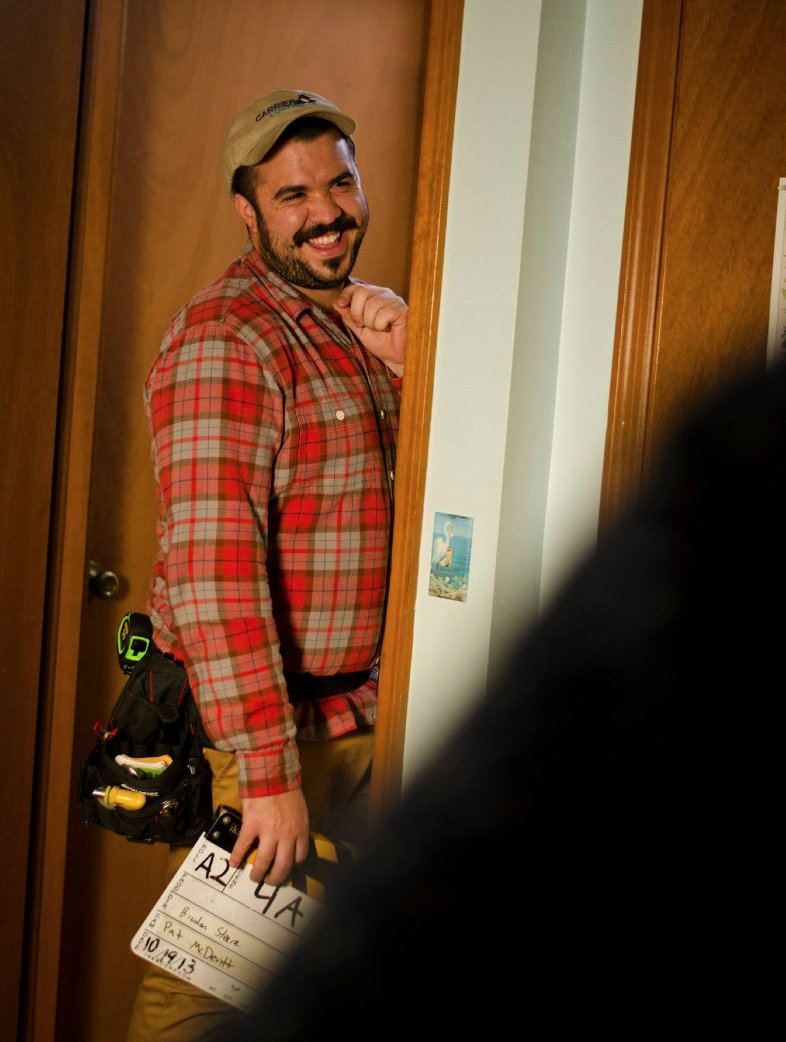 When Brendan and I first sat down to talk about the "closet scene" of this film, where both characters kiss in a dimly lit closet, I proposed that we build a closet set. My initial fear with shooting in a real closet was the restriction of room (especially shooting 16mm), but also, the options we would have for lighting would be restricted as well. I had been imagining the scene from E.T., when Elliot's mother opens his closet, looking around suspiciously for an alien in her house. The closet doors had venetian-style panels built in, allowing sunlight from Elliot's room to spill in. This gave the exposure needed in the closet, but also gave nice texture to everything in it with a cookie cutting a venetian style pattern.

After settling on Brendan's apartment as the location where the set would be built and getting the dimensions, I sketched out a blueprint for what we needed, headed to Home Depot, and built a sweet closet! From the poster above, you can see what the final product looked like. From a close-up on either character, the pattern in the door gave a beautiful eye light. We put a 2k open face behind the door with 250 against the blinds to give a nice soft glow. Nothing else necessary!

Here's a timelapse of the building process:

The rest of the film's coverage was shot in Pennsylvania. These shots were all daylight dependent, and required minimal lighting. Given that we had plenty of time to set up shots, a lot of time was spent enjoying the nature and drinking tea.

Check out the trailer!

Posted by Patrick McDevitt at 10:58 AM No comments:

I've just returned to NYC from the land of Kiwi birds and sheep, having been in New Zealand for the past two months. Seth Hagenstein and I were asked by Mt. Eden if we were interested in joining them in their "Sky is Gold Tour" in New Zealand, hitting 6 venues all across the north and South Islands of New Zealand in 12 days. I think it took us less than three seconds to give a 100% yes to their offer.

After a 22 hour flight and a few in-flight movies, we arrive in New Zealand. 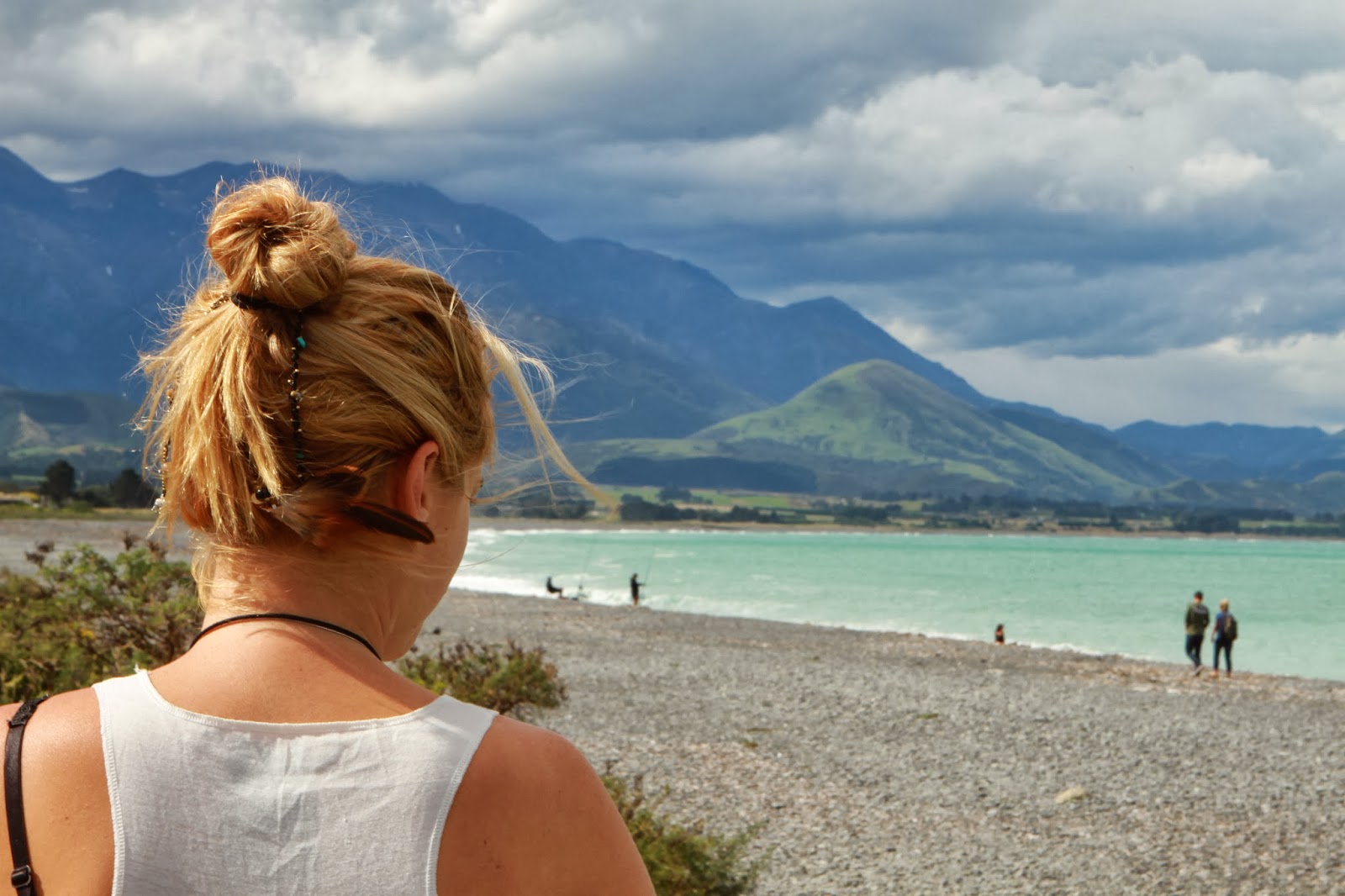 Having never been to New Zealand, there was a lot we wanted to do. See the cities, nature, nightlife, food and discover some Kiwi things we may not be accustomed to in the U.S. Luckily with the tour being all over NZ, it wasn't hard to fit in almost everything on that list. We usually had about one day between shows which gave us some time to hang out and discover the surrounding areas, as well as transfer footage and get organized for the next day. Keeping everything together wasn't as difficult as I thought it might be, but keeping everything charged is always a challenge when embarking on any kind of road-trip. It ultimately comes down to priority when your hostel has one outlet with three laptops and 5 dead batteries. Surge protectors are key in these situations. Or you might even be lucky enough to get a motel room with... no outlets... yes, we were that lucky at times.

For the most part, I was rocking the 7D with an onboard mic, LED light and a Tokina 11-16mm f./2.8 for practically the entire tour. This kept things simple. I can pull it out of my bag at a moments notice with no assembly, it's lightweight and was unobtrusive. It's a perfect camera for behind the scenes footage, and with the chaos that comes with being on tour, a wider lens like the Tokina 11-16mm always has your back when it comes to minimal focus pulling. Seth was rocking his RED Epic, used for Mt. Eden's performances, making way for some 5k action and plenty of slow mo. He recently acquired a v-mount belt clip that would hold the red's battery to his waist, giving his already stripped down Epic a higher level of convenience.

We wanted to make sure that everything was captured - taking planes, driving in the tour van, sound checks, laughing, drinking, playing pranks, etc. We wanted to give the audience an idea of what it like to be on tour with Mt. Eden and what Mt. Eden is all about.

Having known the duo, Jesse Cooper and Harley Reyner, for the past year, we knew were in for some good times - and we were not let down. From late nights in the Auckland club scene to house parties after epic shows, BBQ's on the regular, and even spending Christmas in NZ away from home. This experience was an exceptional one. The hospitality we were given from Jesse, his parents, Jesse's girlfriend, Talia Koifman, and her family was incredible and will not be forgotten.

As it seems pretty much impossible to type out everything that happened on this trip, I figured I would let some of the photos below do the explaining. Keep a look out for the Mt. Eden "Sky is Gold Tour" video on youtube, it will be worth watching! 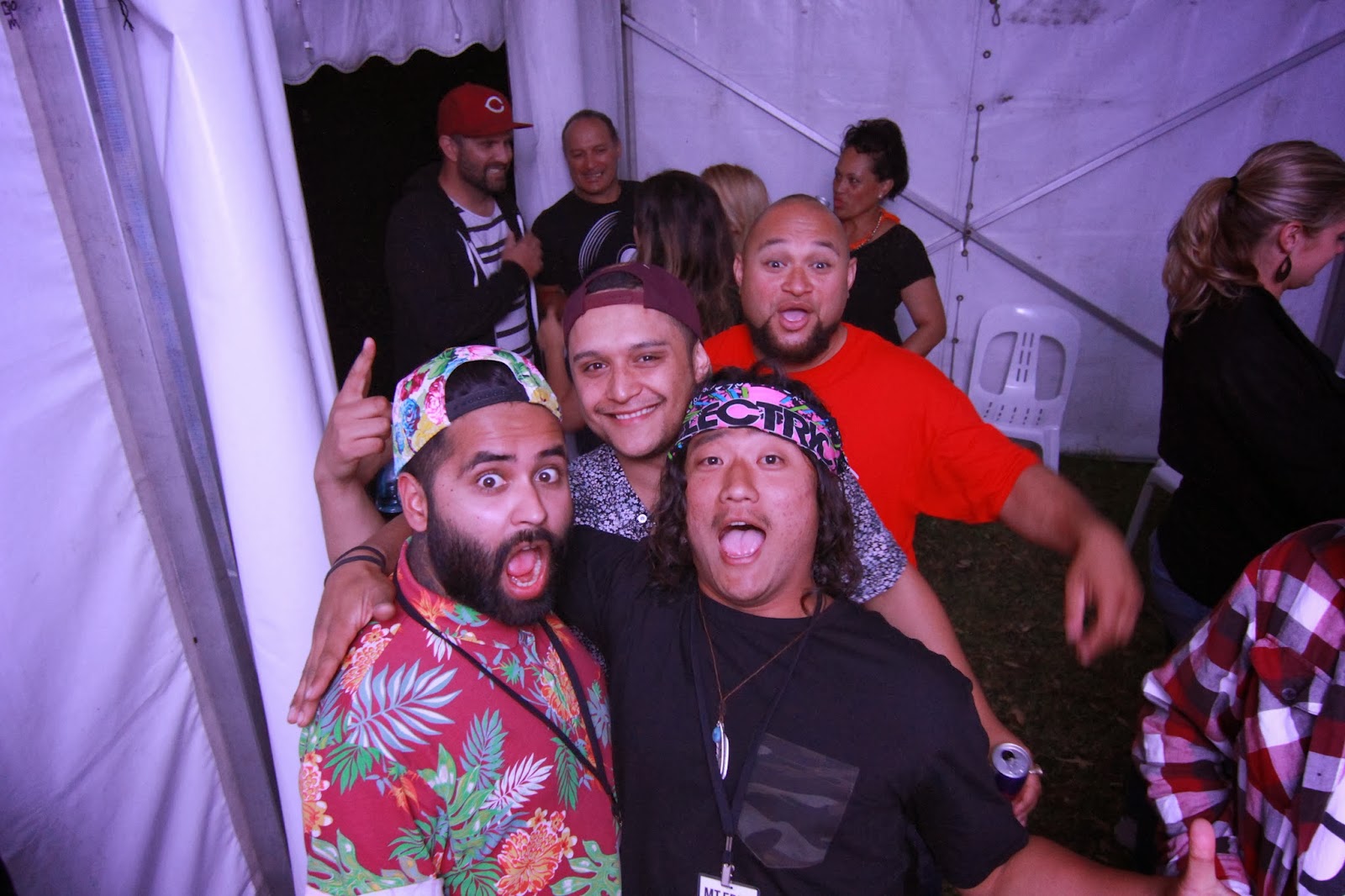 Getting hyped for the first show of the tour in Mangawhai. 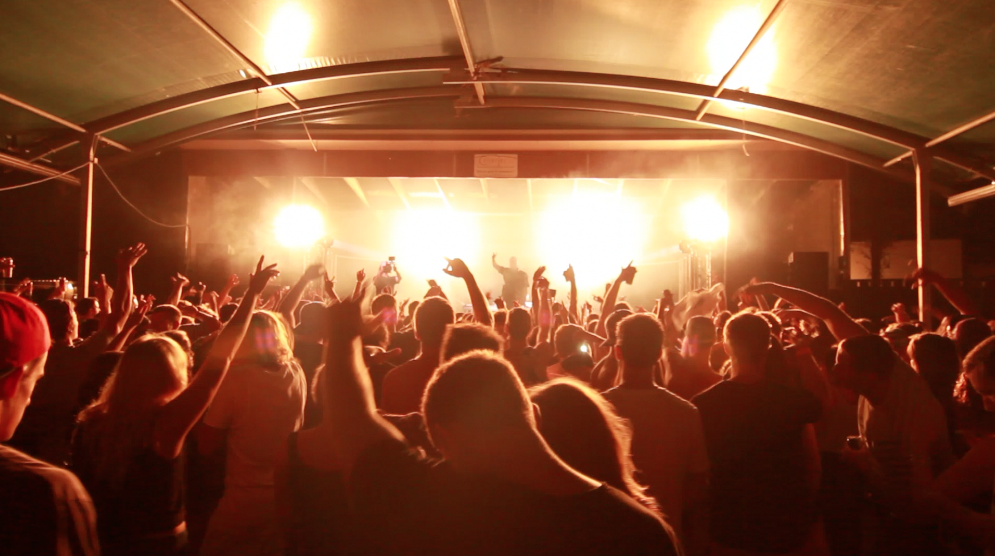 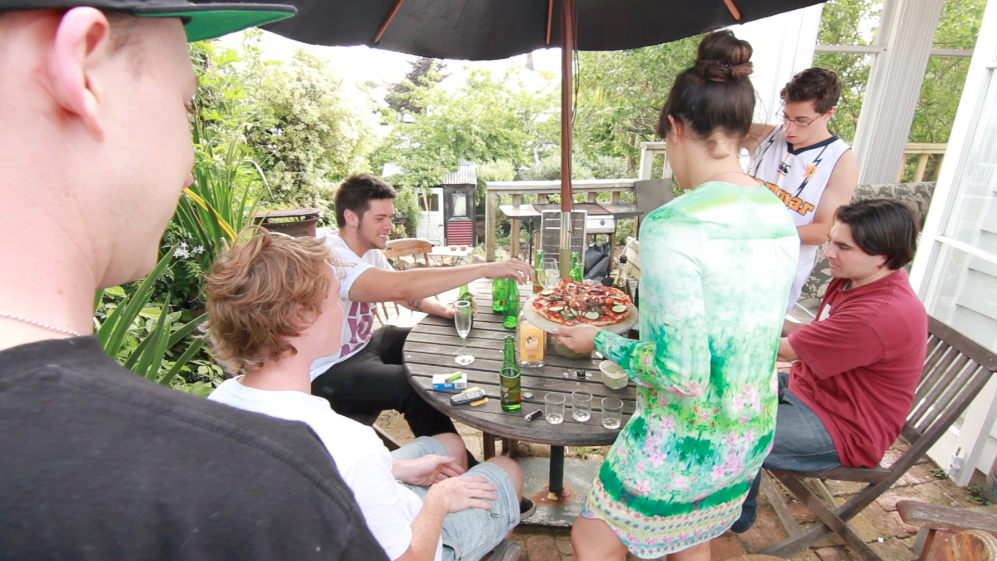 A Christmas day get together at Harley's place, complete with homemade pizza and some BBQ action. 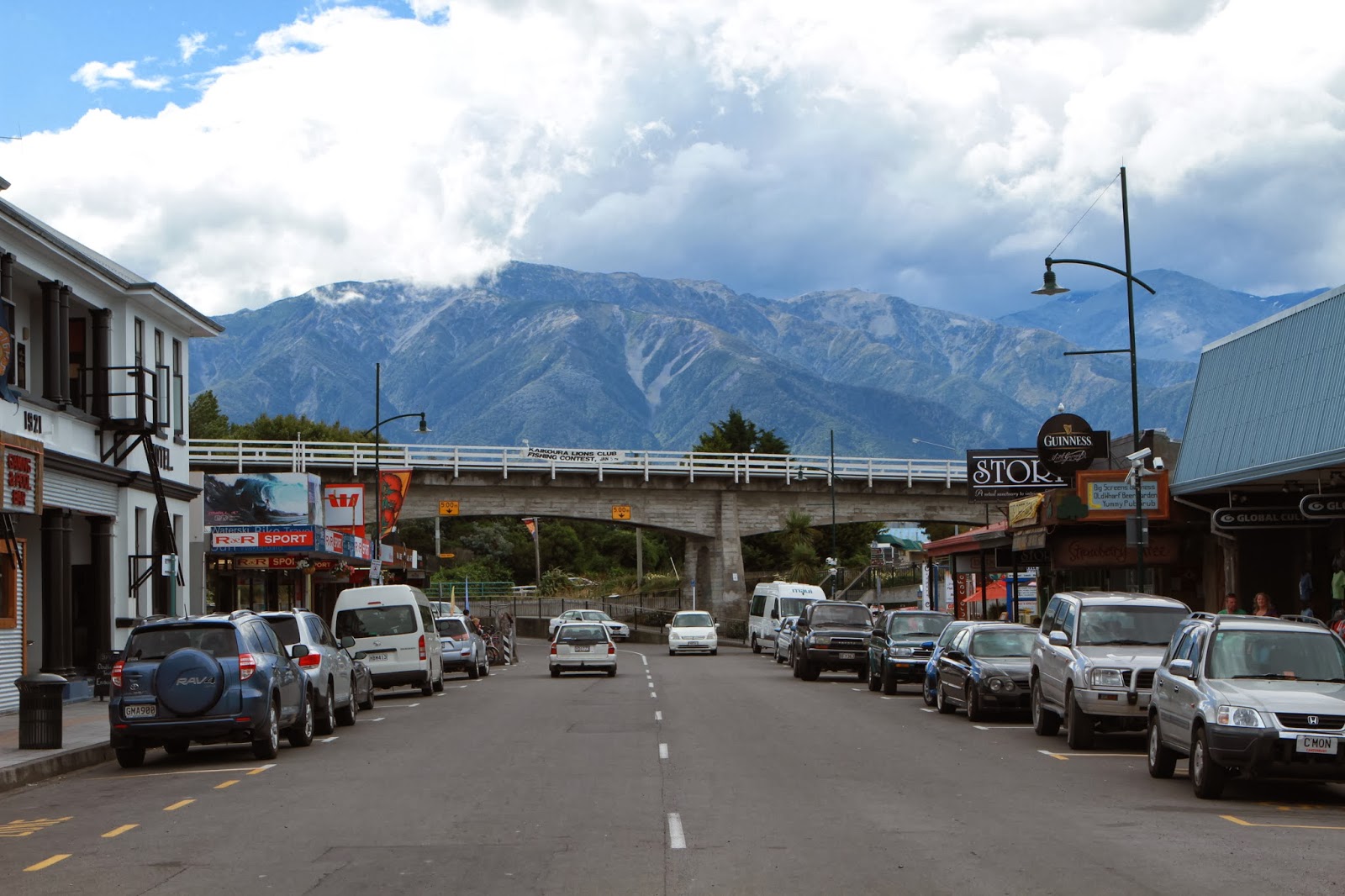 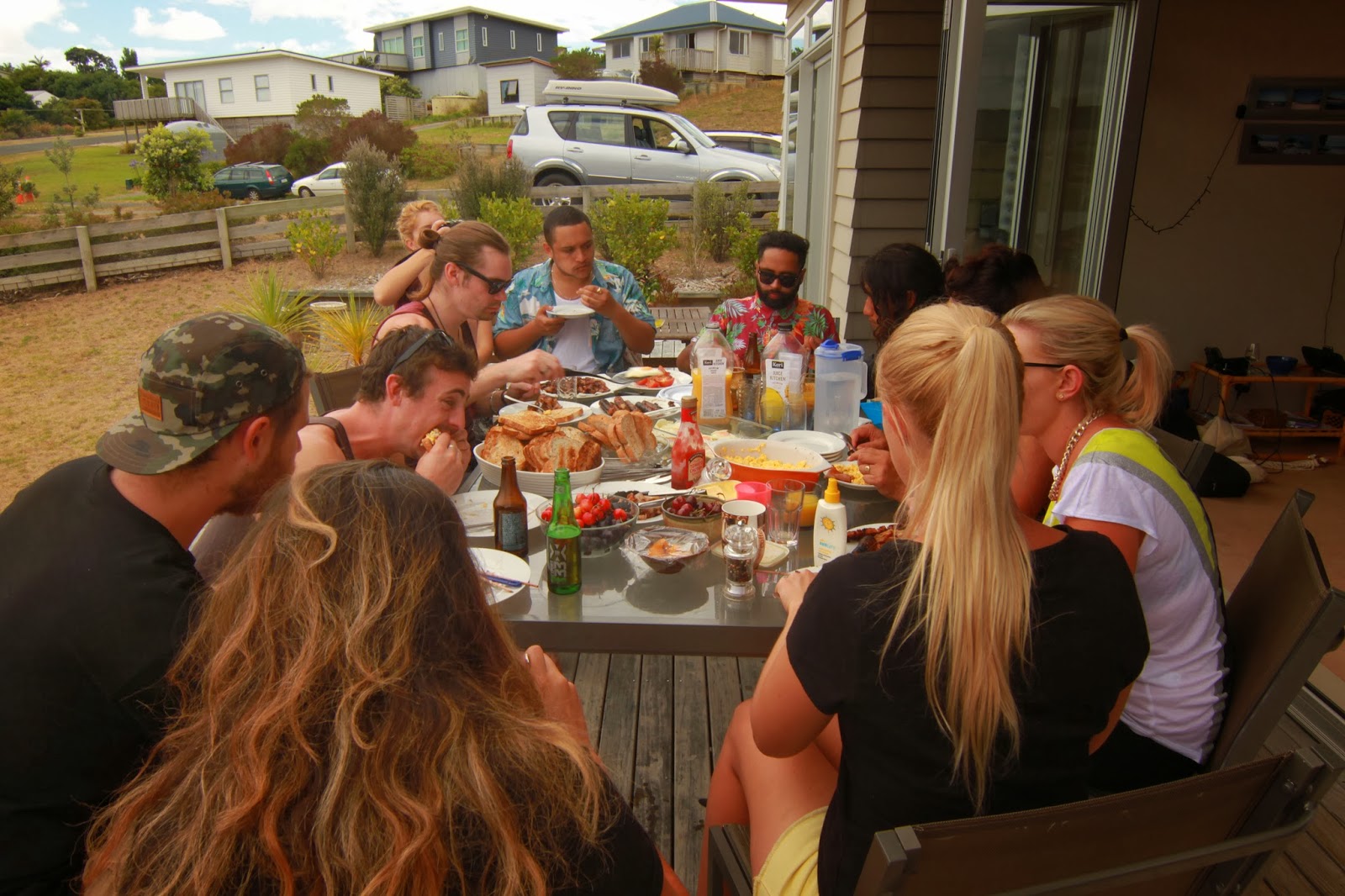 Quite the epic breakfast after a long night out. 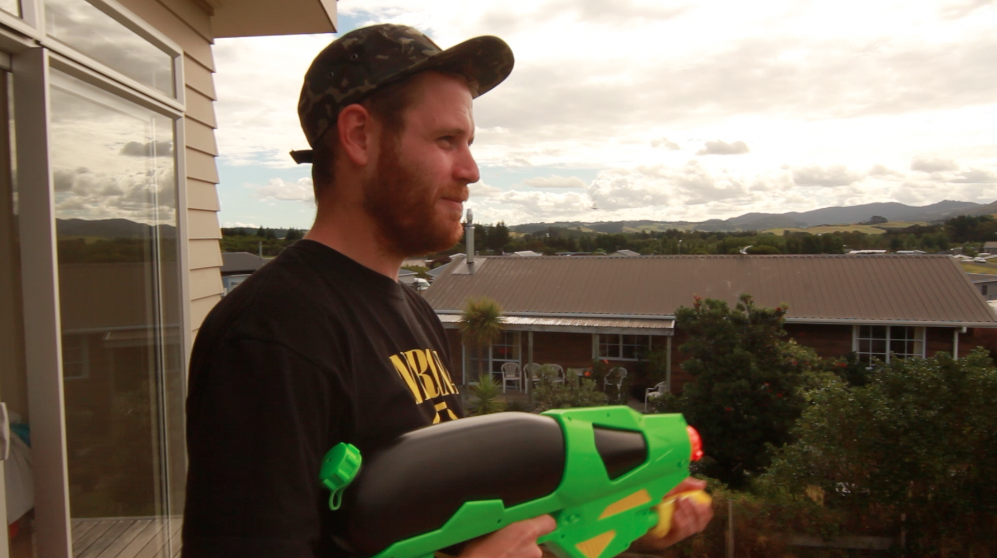 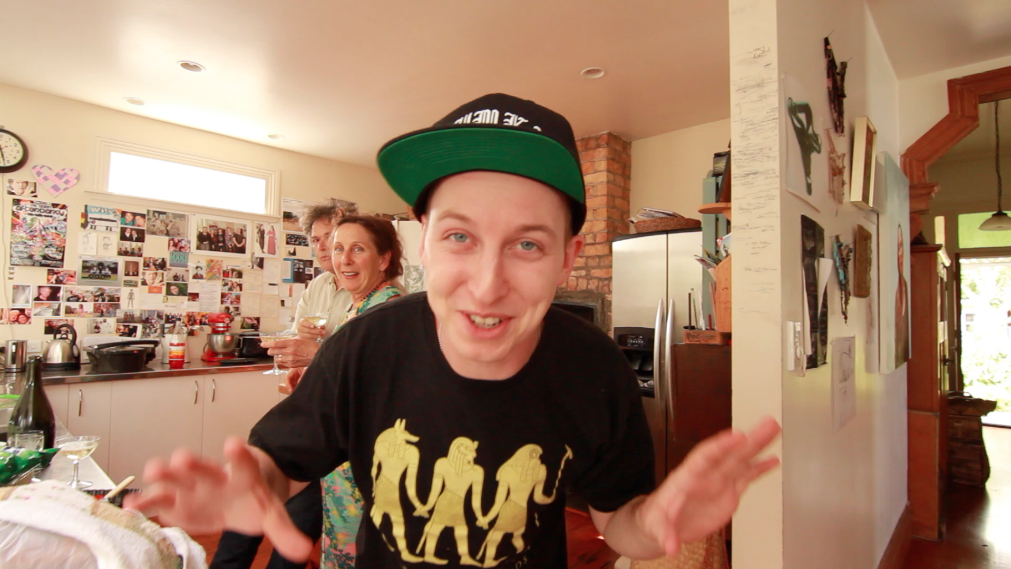 Harley giving the MTV Cribs tour of the pad. 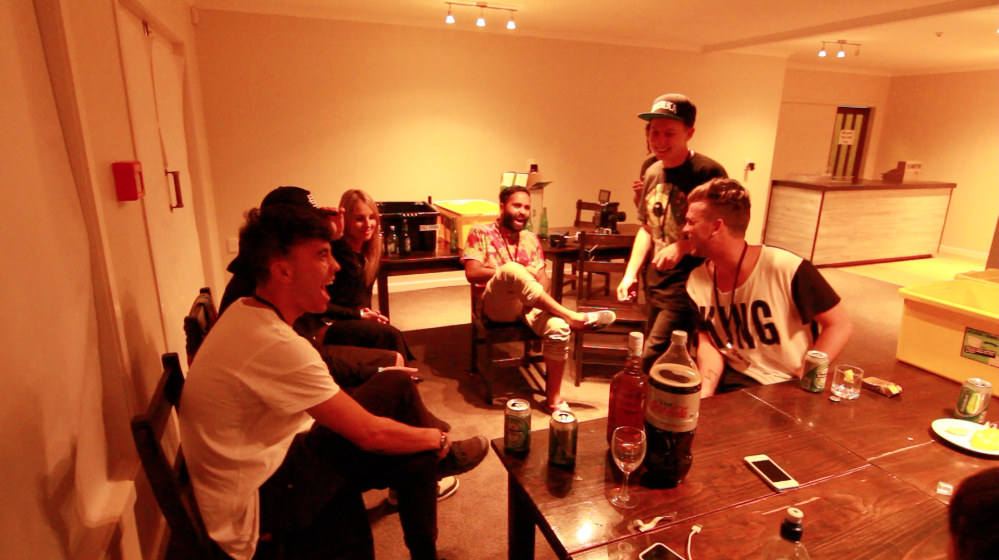 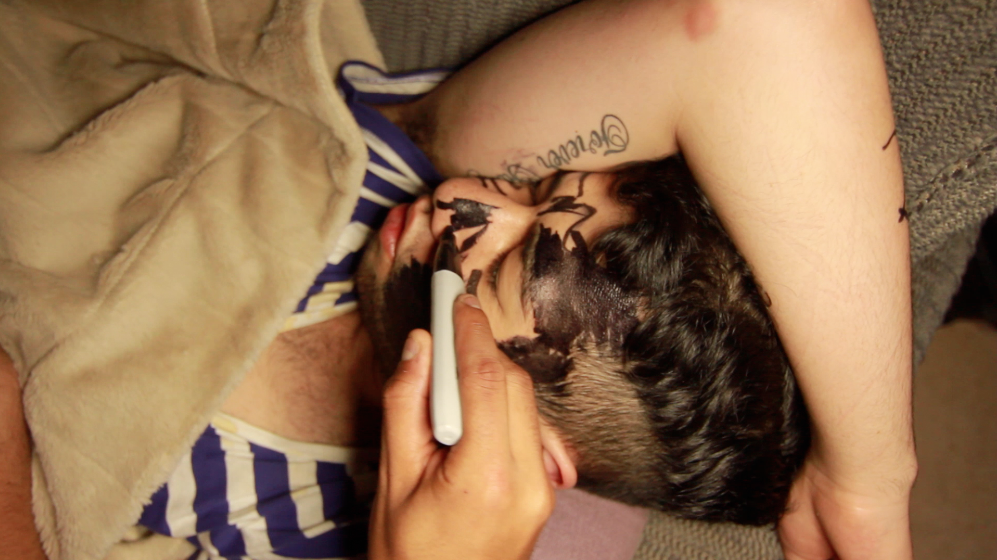 The repercussions of not being the last one to fall asleep. 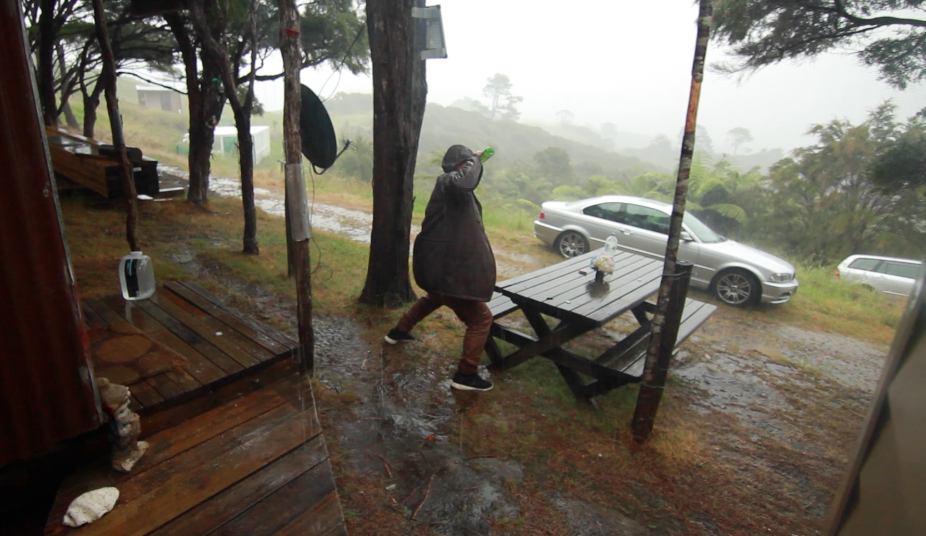 Some dancing in the rain action. 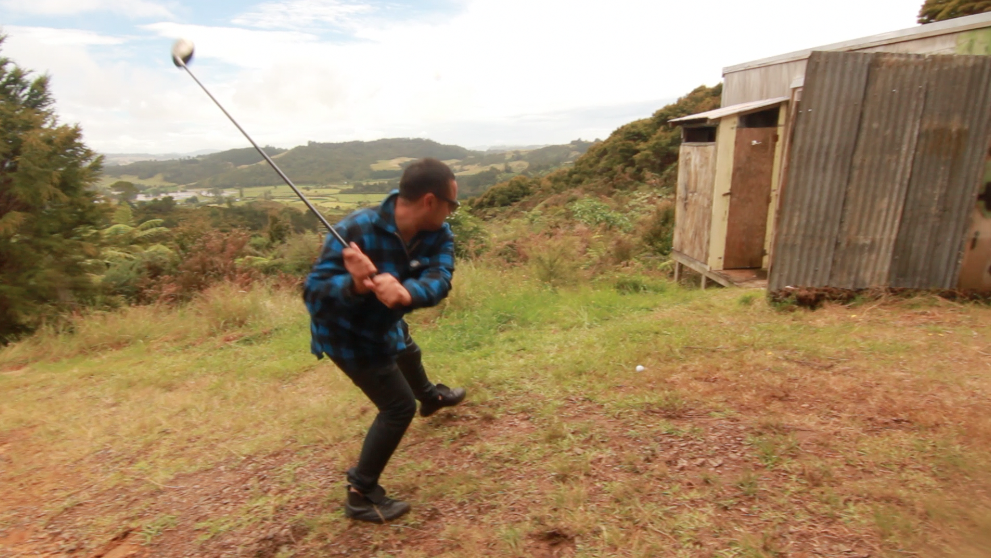 Jesse hitting some golf balls at 7:30 in the morning. No big deal. 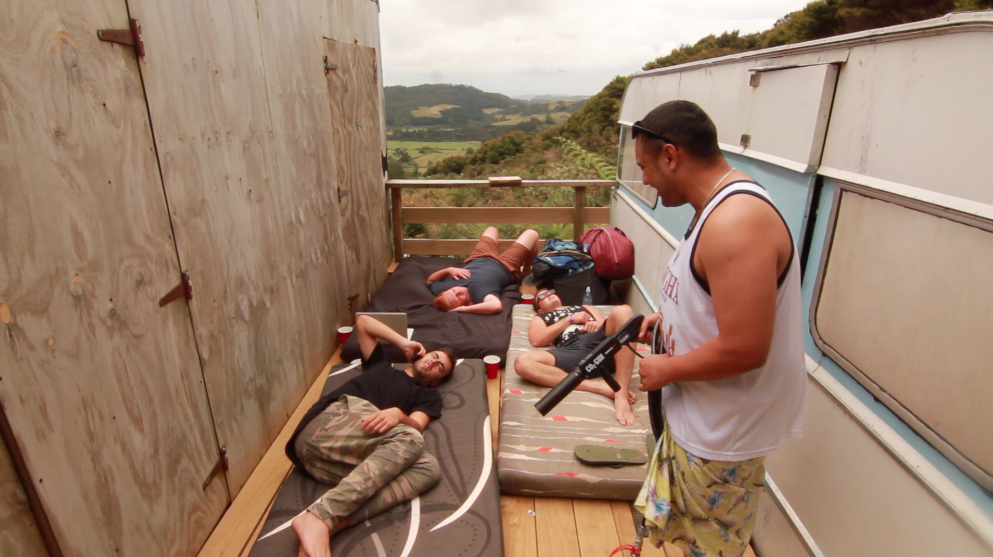 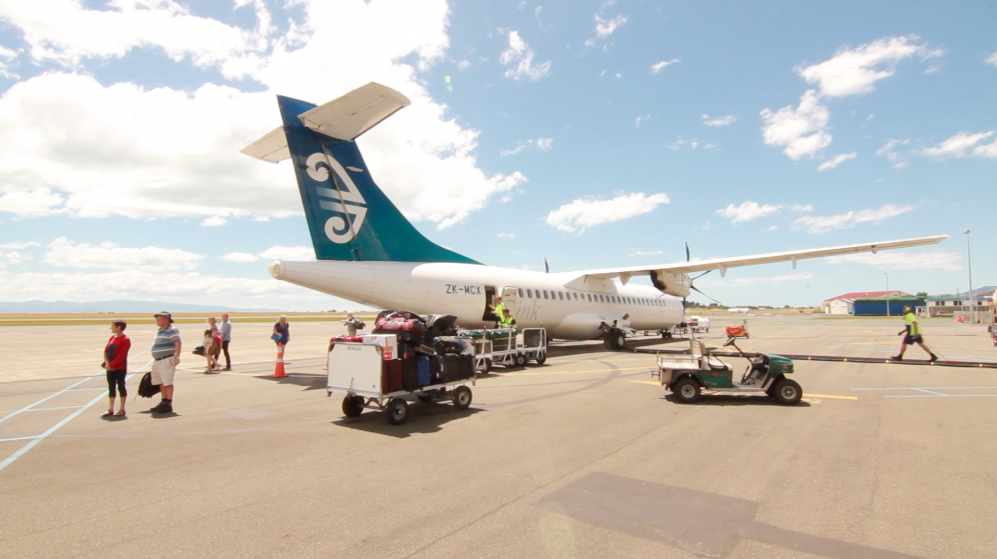 Catching a flight to Riwaka 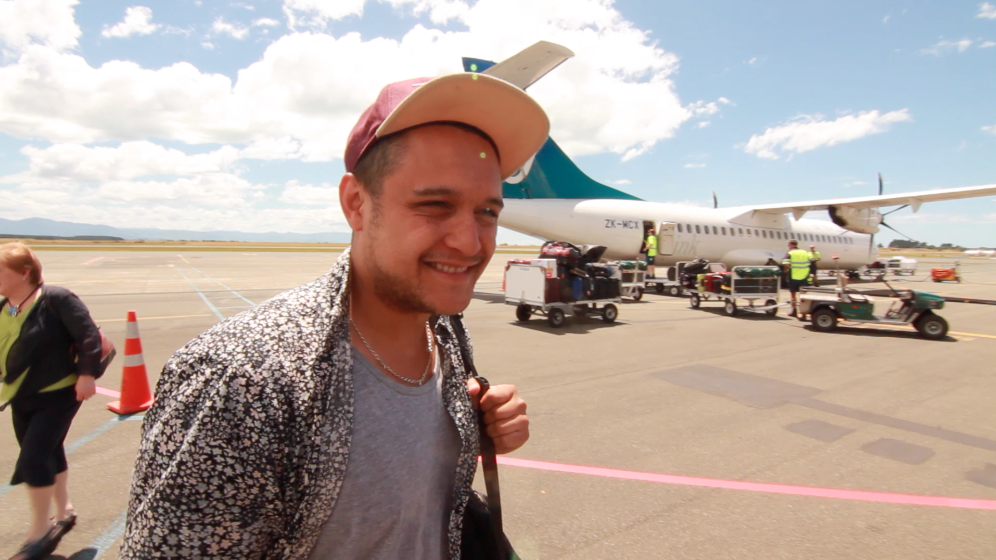 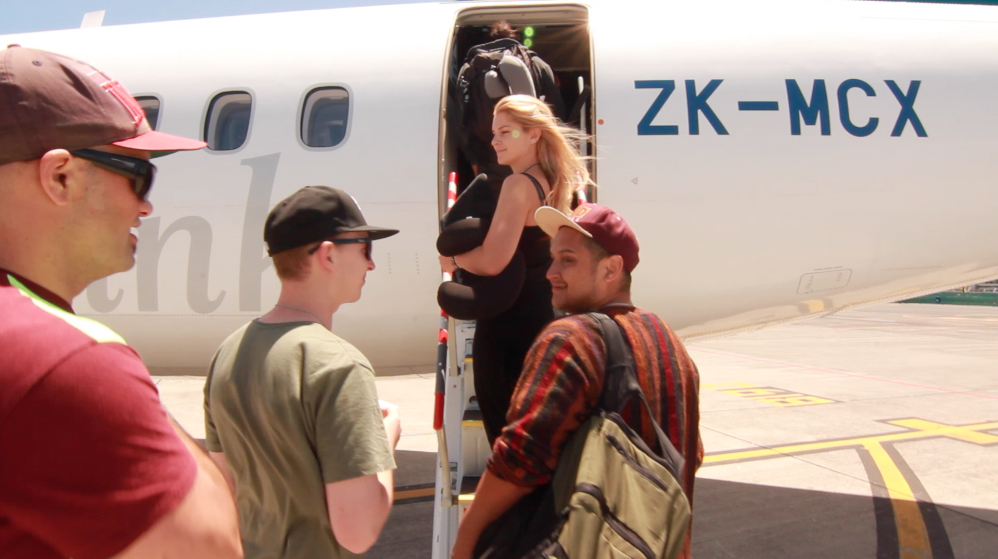 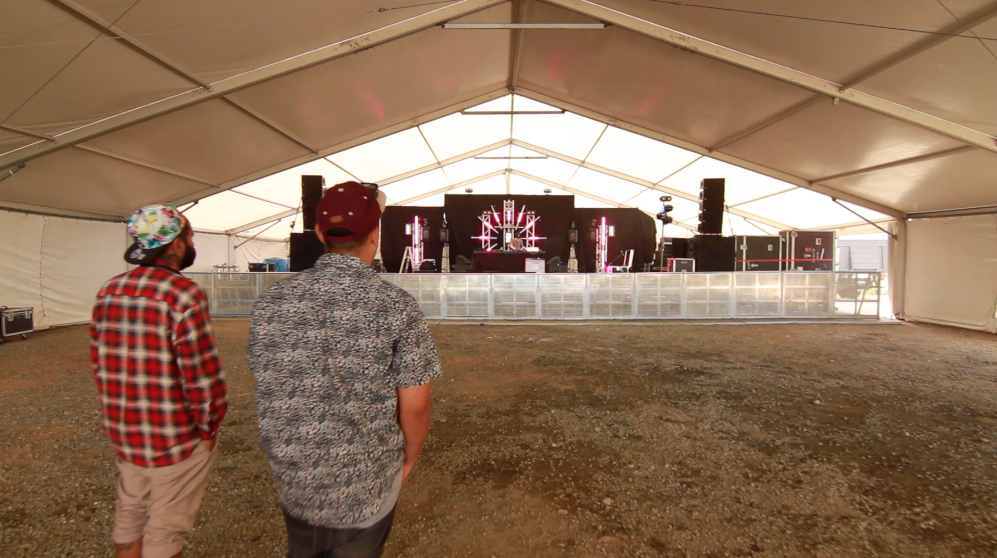 Prateek (Overkill) and Jesse doing some sound check in Riwaka. 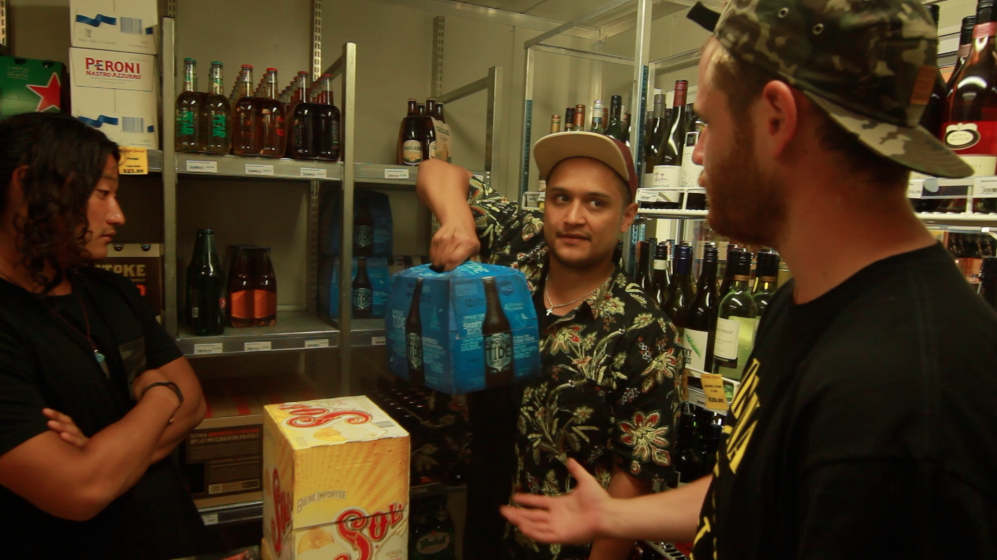 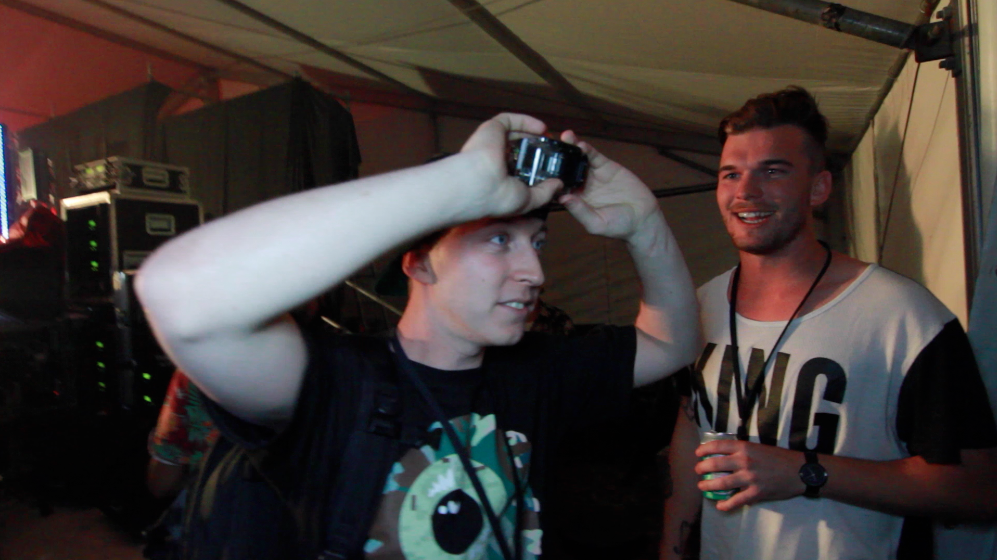 Harley strapping on the Go Pro, ready to give the POV of what it's like to be in Mt. Eden's shoes. 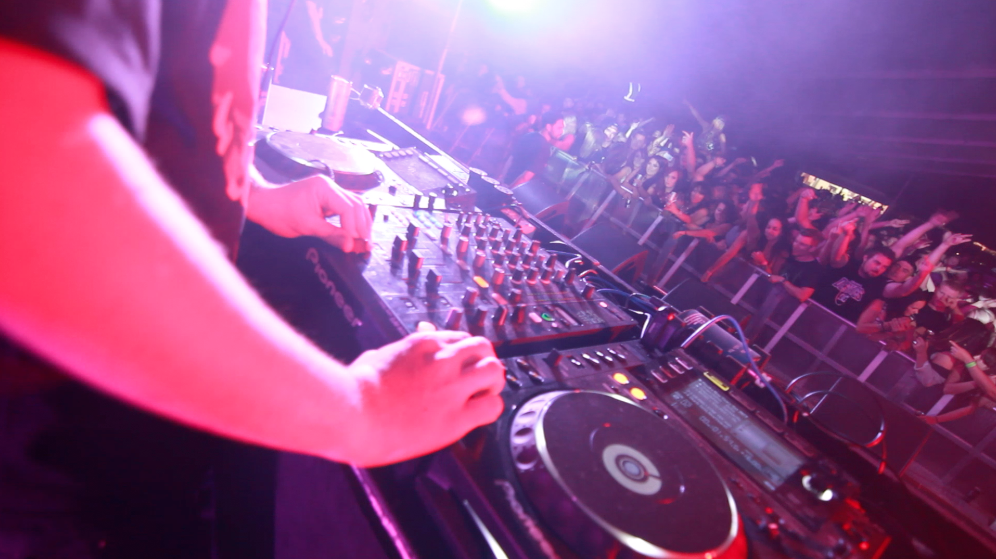 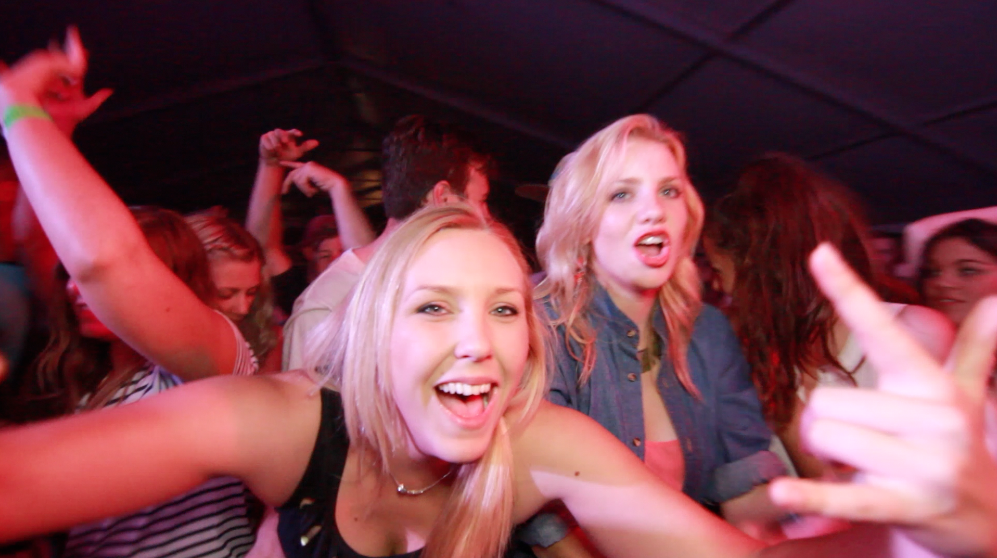 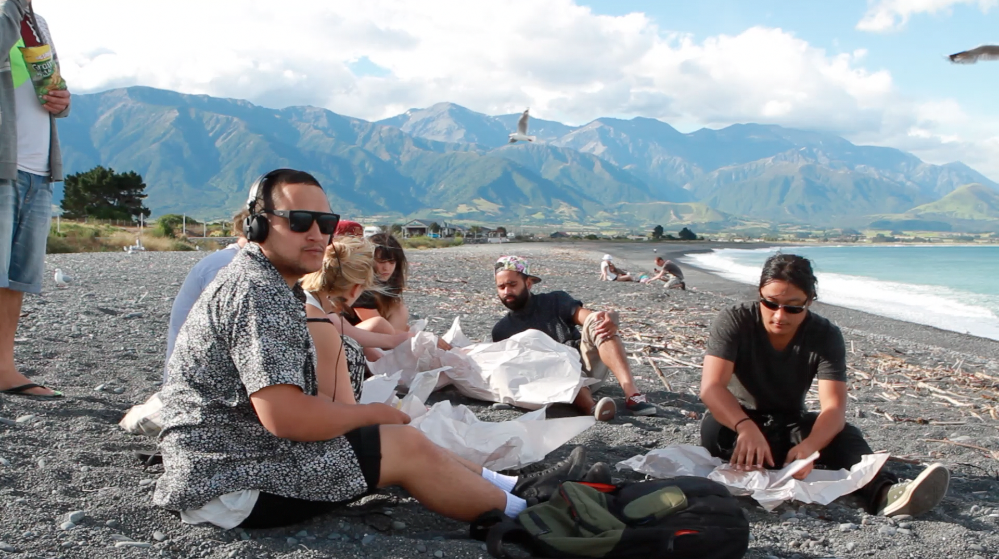 A nice day on the beach - Seth's and my first experience eating fish & chips on a beach!
Posted by Patrick McDevitt at 12:52 AM No comments: