80's glam rock wardrobe, squealing guitars, and smoke - A LOT of it. A brief description of the new music video for Shred Sean and James J Larue, two incredibly talented guitarists with extensive and impressive credits in the rock & roll world. The two came together to form a diverse series of instrumental tracks - one of which is called "Midnight Ladies Sonata."

Being a big fan of Sean's past work from his band "Blessed by A Broken Heart," I was psyched to direct this video for his new project. Sean's pitch for the video included lasers shooting out of guitars and dancing girls with a New York City feel. Basically - the direction of the video we were going for was a cheesy one - over-dramatic, a bit edgy and imaginative.

When Sean explained the vision he had of the 80's throwback, with one of his biggest visual inspirations being the album artwork for Ratt's 1984 album "Out of the Cellar," the first thing that came to my head was the lighting style associated to most 80's music videos: low-key lighting. Most music video's made though the 1980's to early 90's had high contrast look due to low ASA film stock which isn't anything near as sensitive as the stock we have today. Music video's could be shot on the cheap with some 16mm 200ASA film and a bright light or two, when now, music video's on average are shot on native 800 ISO sensors with even less light - all on the same budget.

To achieve an 80's music video that would look in the "higher-budget" range for it's time, we wanted to have a "studio" feel to the music video. Instead of lighting in a realistic sense, we would light in a way to replicate videos from bands like Poison, Ozzy Osbourne and Motley Crue. Strong backlight, strong key, and interesting color choices. And smoke...

We took out a studio of an alley way and one of a bar - two prime locations to play out the storyline of "Midnight Ladies Sonata." Two girls take the wrong street down to a dead end after a long night of drinking, when they find they are closed in by a creep who has been following closely behind. It is at this point that Shred Sean and James J LaRue come to the rescue, rising from the ground in cloud of smoke to warn this creepy man he is not welcome. It is only a little later on the girls find themselves in a bad situation again after hitting another bar and finding that the creep is there with them. When things get a bit too close for comfort, Sean and James burst through the bar doors and attack the villain with their laser-shooting guitars, leaving victorious ending and becoming heros. 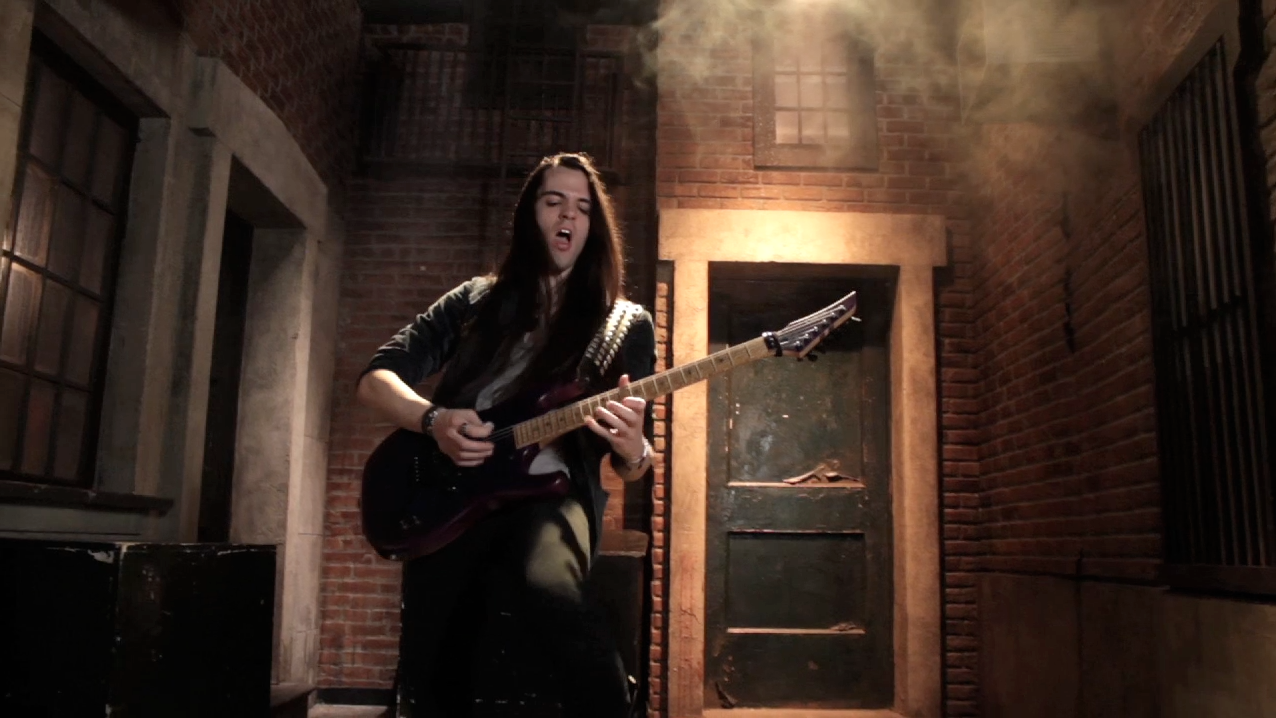 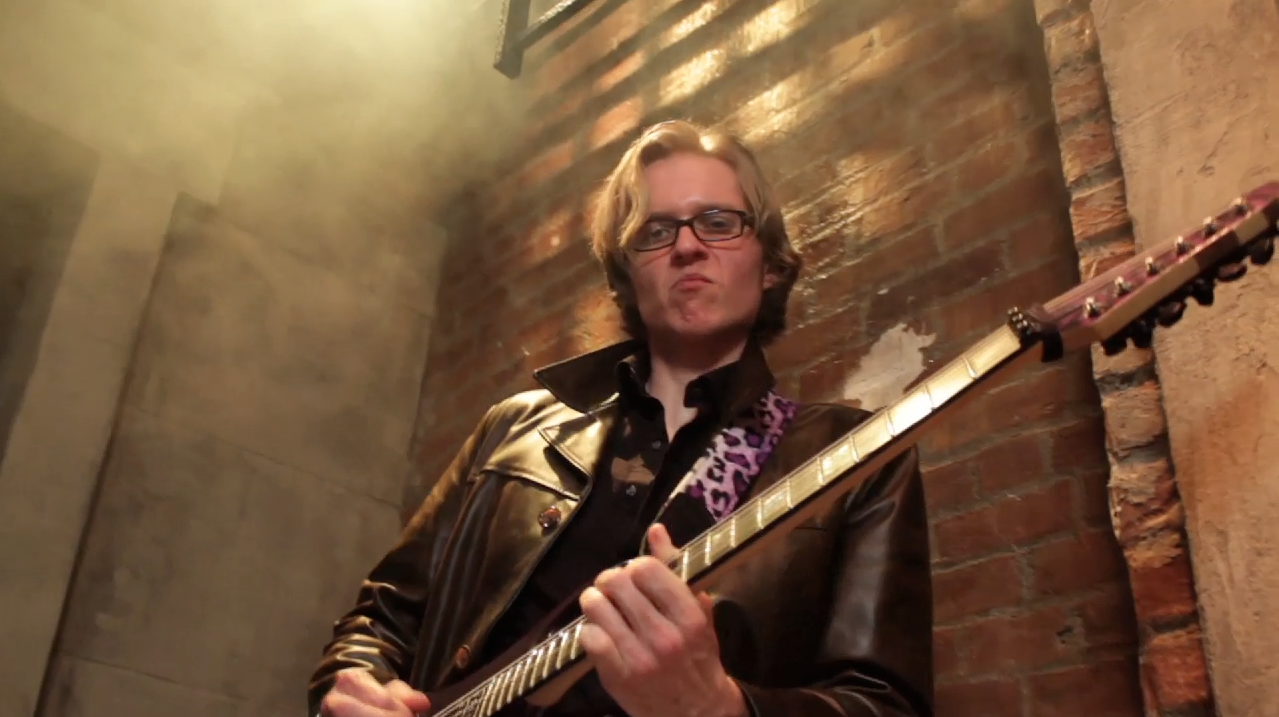 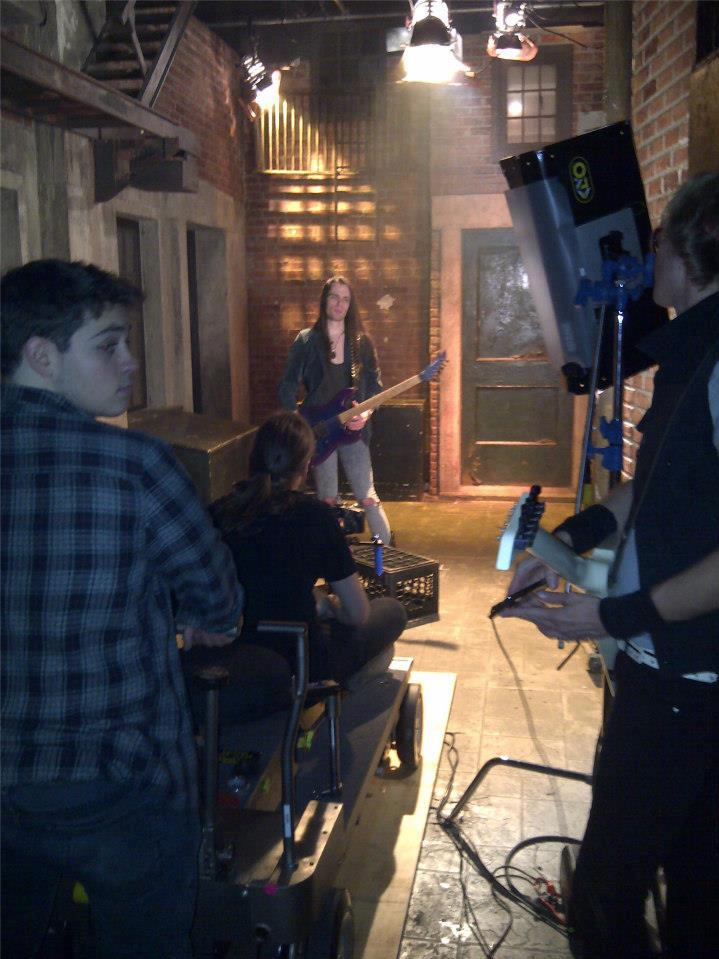 Anthony Carella with some dolly action on the Fisher 10. Clean up time!
Posted by Patrick McDevitt at 11:45 PM